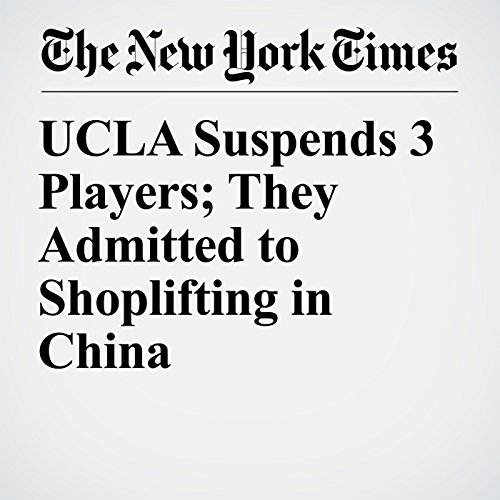 The three UCLA men’s basketball players who were detained in China admitted Wednesday that they had shoplifted. They were suspended from the team indefinitely.

"UCLA Suspends 3 Players; They Admitted to Shoplifting in China" is from the November 15, 2017 Sports section of The New York Times. It was written by Victor Mather and narrated by Archie Montgomery.