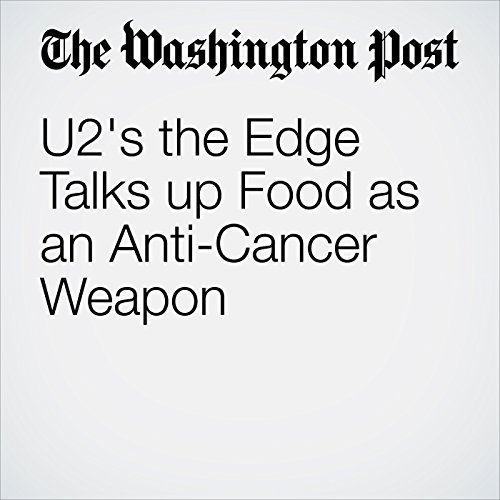 U2's the Edge Talks up Food as an Anti-Cancer Weapon

The lead guitarist of U2, the rock band playing at FedEx Field on Tuesday night, has more on his mind than music. In 2006, The Edge's 7-year-old daughter was diagnosed with leukemia, something that he says sent him “into a complete tailspin.” Sian recovered and is now 19.

"U2's the Edge Talks up Food as an Anti-Cancer Weapon" is from the 6/2102017 To Your Health section of The Washington Post. It was written by Laurie McGinley and narrated by Sam Scholl.