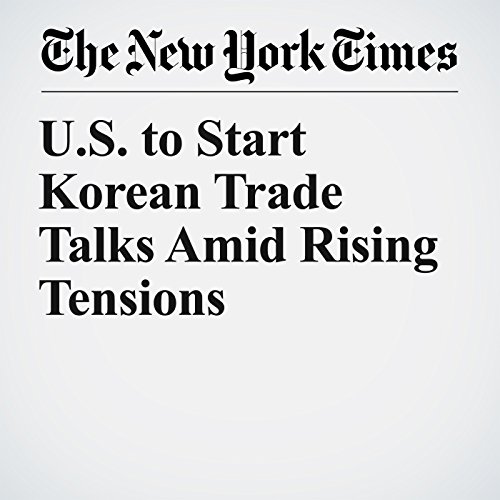 The Trump administration and South Korean officials will meet Friday to begin formally renegotiating a free-trade pact that has served as a source of conflict between the two allies. The meeting comes at a moment of heightened tension in the Korean Peninsula and unease in the broader region.

"U.S. to Start Korean Trade Talks Amid Rising Tensions" is from the January 05, 2018 Business section of The New York Times. It was written by Ana Swanson and narrated by Barbara Benjamin-Creel.