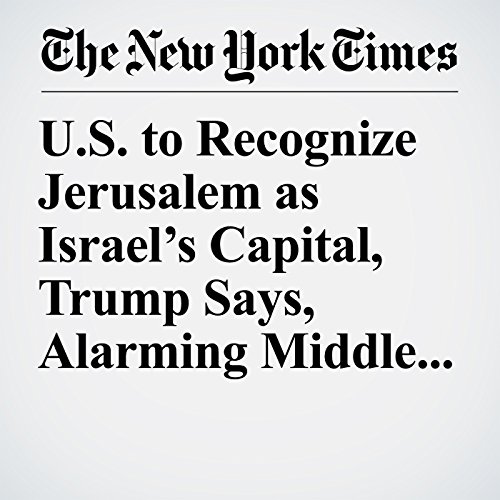 President Donald Trump told Israeli and Arab leaders on Tuesday that he plans to recognize Jerusalem as the capital of Israel, a symbolically fraught move that would upend decades of U.S. policy and upset efforts to broker peace between Israel and the Palestinians.

"U.S. to Recognize Jerusalem as Israel’s Capital, Trump Says, Alarming Middle East Leaders" is from the December 05, 2017 World section of The New York Times. It was written by Mark Landler and David M. Halbfinger and narrated by Barbara Benjamin-Creel.