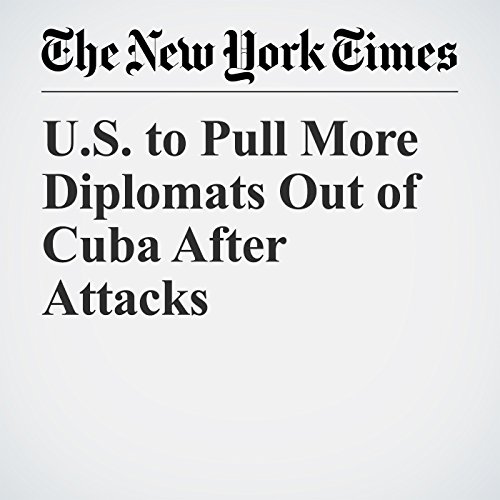 The State Department is expected to announce Friday that it will pull much of its staff out of the U.S. Embassy in Havana in the wake of mysterious attacks that have injured 21 people associated with the embassy.

"U.S. to Pull More Diplomats Out of Cuba After Attacks" is from the September 29, 2017 World section of The New York Times. It was written by Gardiner Harris and Adam Goldman and narrated by Barbara Benjamin-Creel.