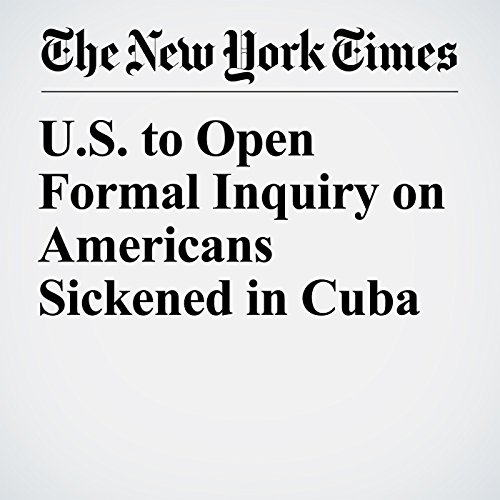 Secretary of State Rex W. Tillerson is opening a formal inquiry into what the government has described as mysterious attacks in 2016 that sickened or injured 24 United States personnel who were stationed at the U.S. Embassy in Cuba.

"U.S. to Open Formal Inquiry on Americans Sickened in Cuba" is from the January 09, 2018 World section of The New York Times. It was written by Gardiner Harris and narrated by Keith Sellon-Wright.