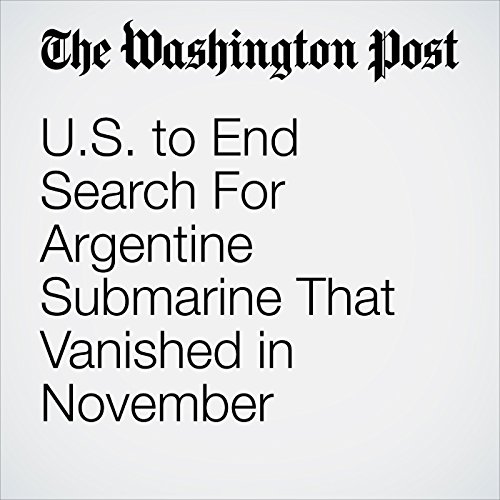 The United States is wrapping up the mission to recover the ARA San Juan, an Argentine submarine that disappeared Nov. 17 and triggered an international effort in a so-far futile search to find the ship and its 44 sailors, presumed dead for weeks.

"U.S. to End Search For Argentine Submarine That Vanished in November" is from the December 27, 2017 World section of The Washington Post. It was written by Alex Horton and narrated by Sam Scholl.