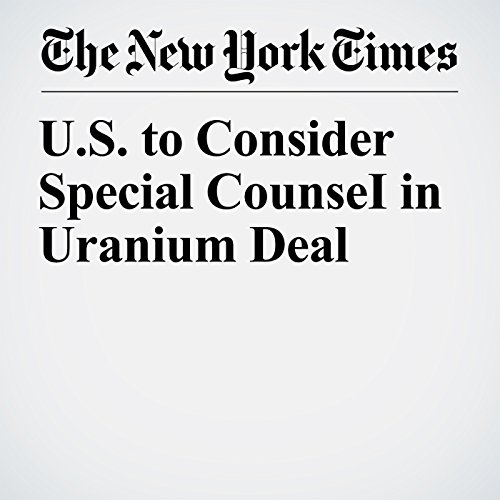 The Justice Department said Monday that prosecutors were looking into whether a special counsel should be appointed to investigate political rivals President Donald Trump has singled out for scrutiny, including Hillary Clinton.

"U.S. to Consider Special CounseI in Uranium Deal" is from the November 14, 2017 U.S. section of The New York Times. It was written by Michael S. Schmidt and Maggie Haberman and narrated by Barbara Benjamin-Creel.