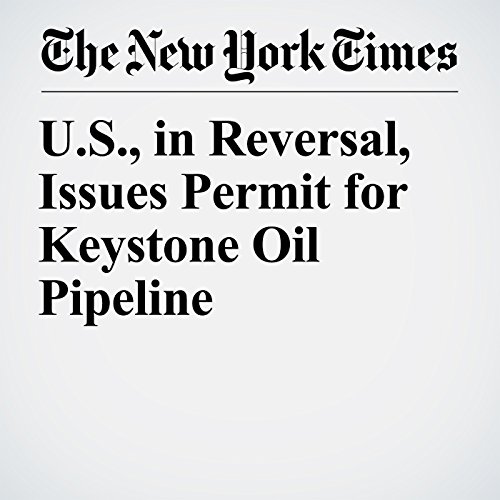 The Trump administration announced Friday that it would issue a permit for construction of the Keystone XL pipeline, a long-disputed project that would link oil producers in Canada and North Dakota with refiners and export terminals on the Gulf Coast.

"U.S., in Reversal, Issues Permit for Keystone Oil Pipeline" is from the March 24, 2017 U.S. section of The New York Times. It was written by Clifford Krauss and narrated by Barbara Benjamin-Creel.