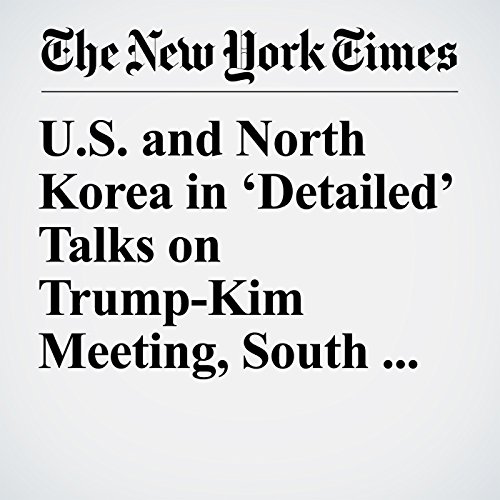 SEOUL, South Korea — The United States and North Korea have been negotiating with “will and sincerity” over the details of the planned talks between President Donald Trump and the North’s leader, Kim Jong In, President Moon Jae-in of South Korea said Wednesday.

"U.S. and North Korea in ‘Detailed’ Talks on Trump-Kim Meeting, South Says" is from the April 11, 2018 U.S. section of The New York Times. It was written by Choe Sang Hun and narrated by Kristi Burns.