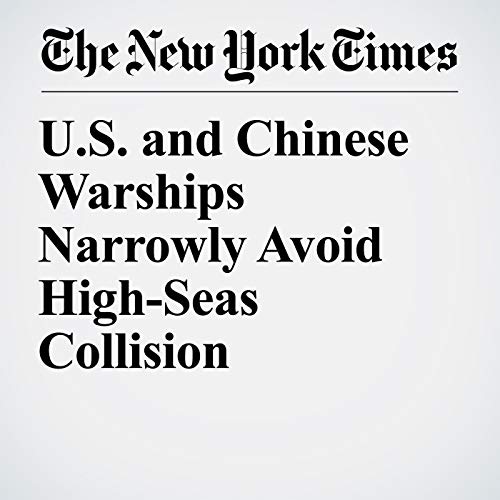 BEIJING — The United States and China traded new accusations over naval operations in the South China Sea on Tuesday after warships from each country came perilously close to colliding in the disputed waters.

"U.S. and Chinese Warships Narrowly Avoid High-Seas Collision" is from the October 02, 2018 World section of The New York Times. It was written by Steven Lee Myers and narrated by Kristi Burns.