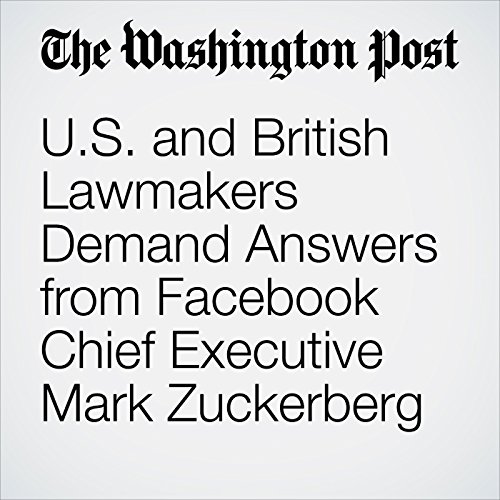 Lawmakers in the United States and Britain are calling on Facebook chief executive Mark Zuckerberg to explain how the names, preferences and other information from tens of millions of users ended up in the hands of a data analysis firm connected with President Trump's 2016 campaign.

"U.S. and British Lawmakers Demand Answers from Facebook Chief Executive Mark Zuckerberg" is from the March 18, 2018 Politics section of The Washington Post. It was written by Craig Timberg and Tony Romm and narrated by Sam Scholl.