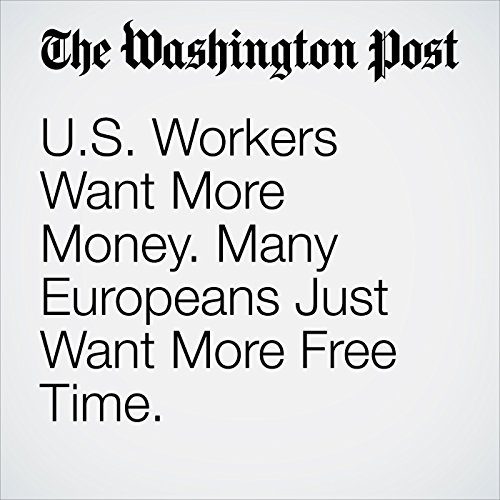 When Europe’s largest industrial union, IG Metall, won a landmark battle with 700 companies this week, 900,000 workers were able to celebrate a 4.3 percent pay raise and a one-time payment. But perhaps even more importantly, they also won the right to temporarily reduce their week to 28 hours, even though they would only be paid for the hours spent at work. Workers can now work fewer hours — for less money — if they want.

"U.S. Workers Want More Money. Many Europeans Just Want More Free Time." is from the February 08, 2018 World section of The Washington Post. It was written by Rick Noack and narrated by Sam Scholl.