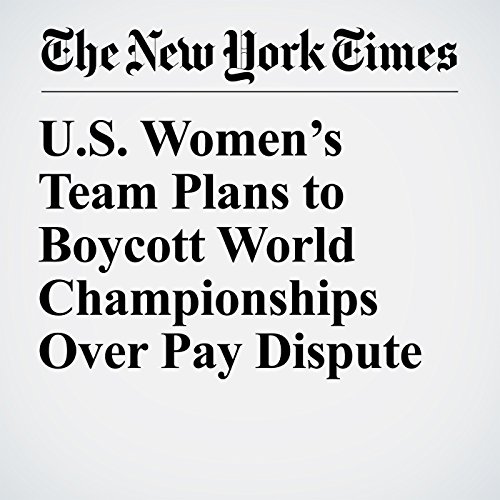 Members of the U.S. women’s national team have decided to sit out the International Ice Hockey Federation World Championship this month, after negotiations for an increase in wages and support from USA Hockey stalled.

"U.S. Women’s Team Plans to Boycott World Championships Over Pay Dispute" is from the March 15, 2017 Sports section of The New York Times. It was written by Seth Berkman and narrated by Fleet Cooper.