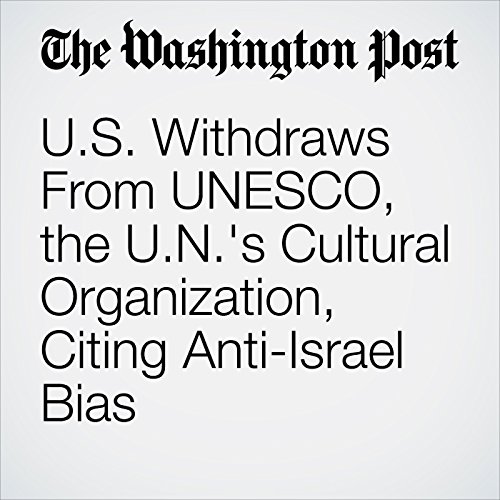 The United States plans to withdraw from UNESCO, citing financial reasons, as well as what it said was anti-Israel bias at the U.N.’s educational, cultural and science organization.

"U.S. Withdraws From UNESCO, the U.N.'s Cultural Organization, Citing Anti-Israel Bias" is from the October 12, 2017 World section of The Washington Post. It was written by Eli Rosenberg and narrated by Sam Scholl.