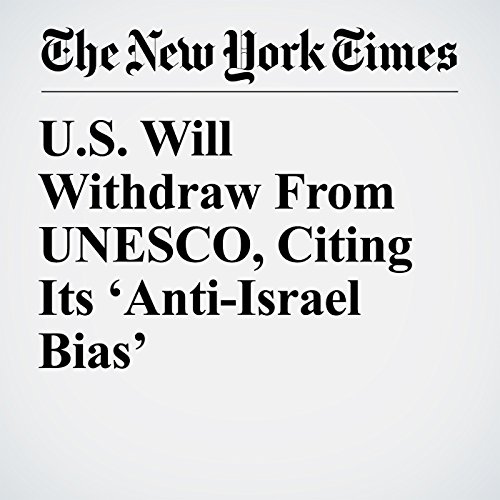 U.S. Will Withdraw From UNESCO, Citing Its ‘Anti-Israel Bias’

The Trump administration announced Thursday that it would withdraw from UNESCO, the United Nations cultural organization, after years of the United States distancing itself because of what it called the group’s “anti-Israel bias.”

"U.S. Will Withdraw From UNESCO, Citing Its ‘Anti-Israel Bias’" is from the October 12, 2017 World section of The New York Times. It was written by Eileen Sullivan and narrated by Kristi Burns.