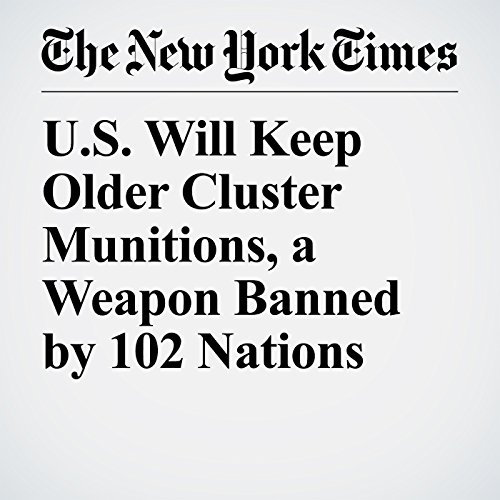 The Pentagon will allow the U.S. military to once again arm itself with older cluster munitions, a type of weapon that has been banned by 102 countries largely because of concerns that they disproportionately harm civilians.

"U.S. Will Keep Older Cluster Munitions, a Weapon Banned by 102 Nations" is from the December 01, 2017 U.S. section of The New York Times. It was written by John Ismay and narrated by Mike DelGaudio.