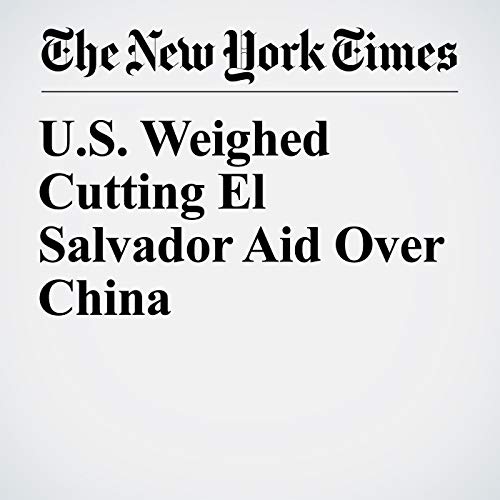 The Trump administration considered severely penalizing El Salvador this month for severing diplomatic ties with Taiwan in a move that officials said was intended to signal a significant widening of the administration’s pushback against China.

"U.S. Weighed Cutting El Salvador Aid Over China" is from the September 29, 2018 U.S. section of The New York Times. It was written by Gardiner Harris and narrated by Keith Sellon-Wright.