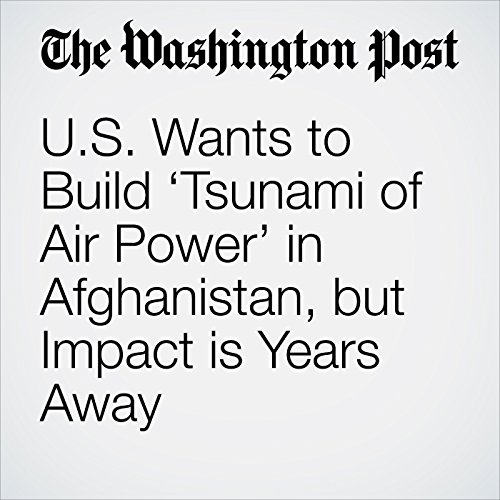 Just over one month ago, the top U.S. military commander in Afghanistan declared at a ceremony here that a new fleet of 159 Black Hawk helicopters, flown by Afghan pilots, would help create a “tsunami of air power” to turn around the stalemated conflict with Taliban insurgents. But the UH-60s won’t have an impact for at least several years on an intense war that has already cost at least $700 billion since 2001 — and is showing no signs of letting up.

"U.S. Wants to Build ‘Tsunami of Air Power’ in Afghanistan, but Impact is Years Away" is from the November 12, 2017 World section of The Washington Post. It was written by Pamela Constable and narrated by Sam Scholl.

Cosa pensano gli ascoltatori di U.S. Wants to Build ‘Tsunami of Air Power’ in Afghanistan, but Impact is Years Away