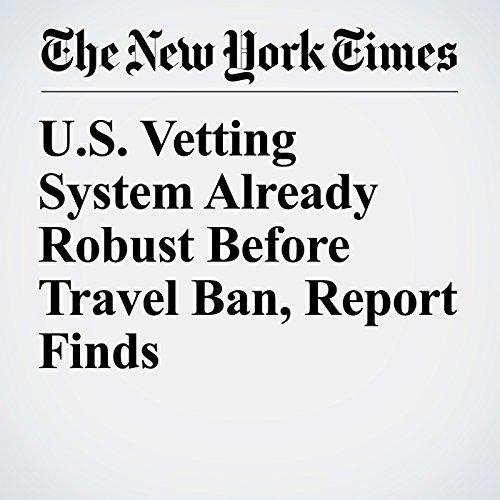 President Donald Trump took office promising to enact an “extreme vetting” immigration system with a travel ban that he said would keep terrorists from exploiting the visa system and getting into the United States.

"U.S. Vetting System Already Robust Before Travel Ban, Report Finds" is from the April 17, 2018 U.S. section of The New York Times. It was written by Ron Nixon and narrated by Keith Sellon-Wright.