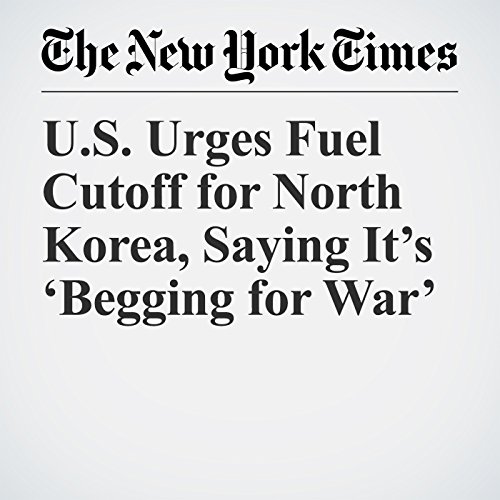 The Trump administration, warning that North Korea is “begging for war,” is pressing China and other members of the United Nations Security Council to cut off all oil and other fuels to the country.

"U.S. Urges Fuel Cutoff for North Korea, Saying It’s ‘Begging for War’" is from the September 04, 2017 World section of The New York Times. It was written by David E. Sanger and Choe Sang Hun and narrated by Keith Sellon-Wright.