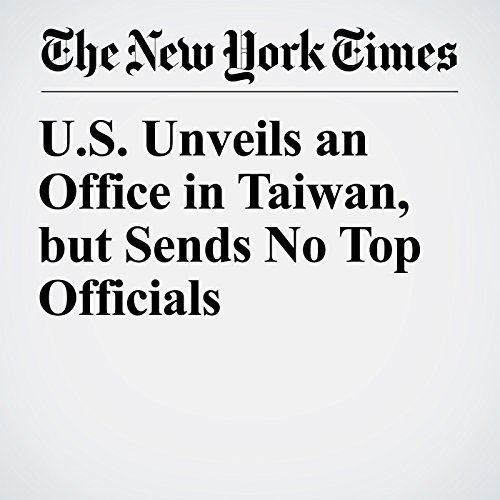 TAIPEI, Taiwan — The United States unveiled its unofficial embassy in Taiwan’s capital Tuesday, holding a low-key ceremony that signaled its support for the self-governing island while also trying to avoid a bigger clash with China, which claims Taiwan as its territory.

"U.S. Unveils an Office in Taiwan, but Sends No Top Officials" is from the June 12, 2018 World section of The New York Times. It was written by Chris Horton and narrated by Keith Sellon-Wright.