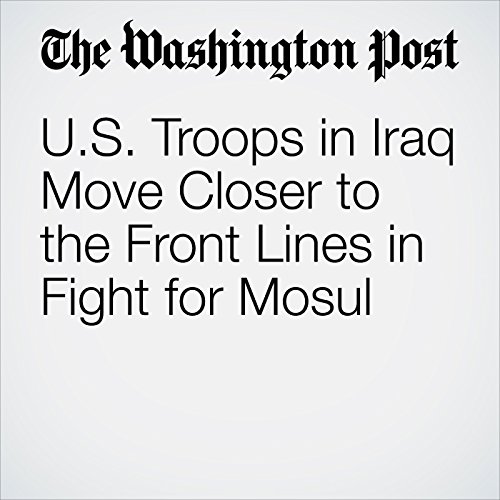 The Pentagon is deploying U.S. military advisers closer to the front lines in the campaign against the Islamic State as Iraqi security forces wrestle for control of the city of Mosul, the top U.S. commander here said Monday.

"U.S. Troops in Iraq Move Closer to the Front Lines in Fight for Mosul" is from the February 20, 2017 World section of The Washington Post. It was written by Dan Lamothe and narrated by Sam Scholl.