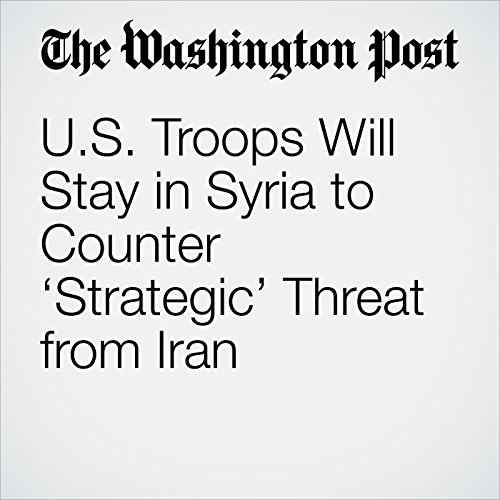 Secretary of State Rex Tillerson on Wednesday committed the United States to an indefinite military presence in Syria, citing a range of policy goals that extend far beyond the defeat of the Islamic State as conditions for American troops to go home.

"U.S. Troops Will Stay in Syria to Counter ‘Strategic’ Threat from Iran" is from the January 17, 2018 World section of The Washington Post. It was written by Liz Sly and Carol Morello and narrated by Sam Scholl.