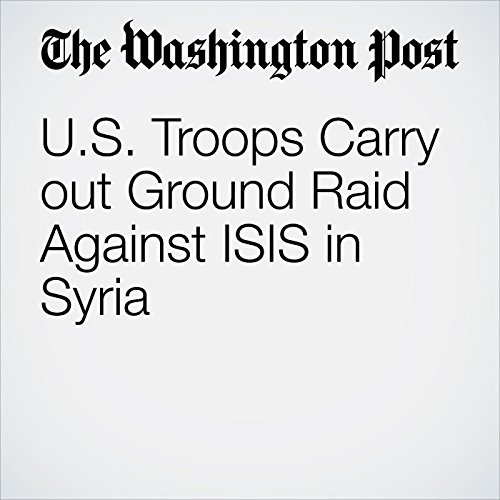 The raid took place Sunday near a small town along the Euphrates River valley to the north of the city of Deir al-Zour, deep in the heart of Islamic State territory, according to the officials and Syrian activist groups.

"U.S. Troops Carry out Ground Raid Against ISIS in Syria" is from the January 09, 2017 World section of The Washington Post. It was written by Liz Sly and Missy Ryan and narrated by Sam Scholl.