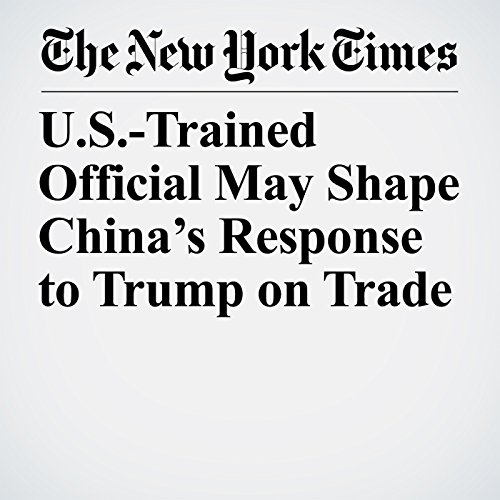 U.S.-Trained Official May Shape China’s Response to Trump on Trade

Over the last year, Liu He, a soft-spoken, U.S.-educated technocrat, has consolidated his status as President Xi Jinping’s top economic adviser, amassing influence that some believe rivals that of the prime minister.

"U.S.-Trained Official May Shape China’s Response to Trump on Trade" is from the January 18, 2017 World section of The New York Times. It was written by Chris Buckley and Keith Bradsher and narrated by Keith Sellon-Wright.