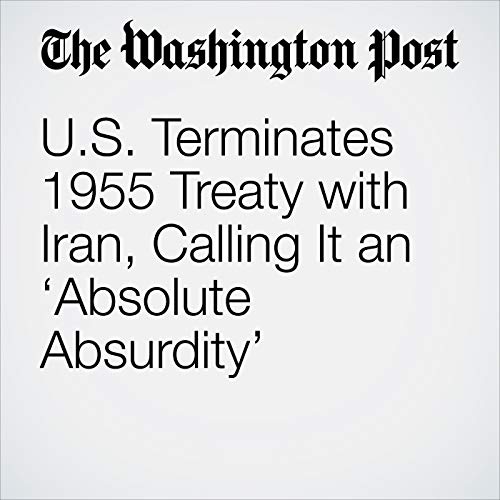 U.S. Terminates 1955 Treaty with Iran, Calling It an ‘Absolute Absurdity’

Secretary of State Mike Pompeo said Wednesday that the United States is terminating the Treaty of Amity reached with Iran in pre-revolutionary days, calling it an “absolute absurdity” given the tensions between the two countries.

"U.S. Terminates 1955 Treaty with Iran, Calling It an ‘Absolute Absurdity’" is from the October 03, 2018 National section of The Washington Post. It was written by Carol Morello and narrated by Sam Scholl.