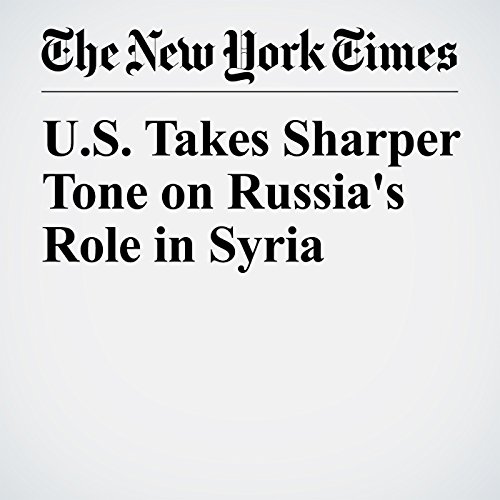 In Washington, Moscow and New York, the Trump administration publicly chastised Putin but privately worked to hash out increasingly bitter differences with him. At the same time, Trump embraced NATO — a military alliance he had previously derided as obsolete — as an effective and vital force for peace and security in a region where Russia has been an aggressive actor.

"U.S. Takes Sharper Tone on Russia's Role in Syria" is from the April 13, 2017 U.S. section of The New York Times. It was written by Julie Hirschfeld Davis and David E. Sanger and narrated by Caroline Miller.