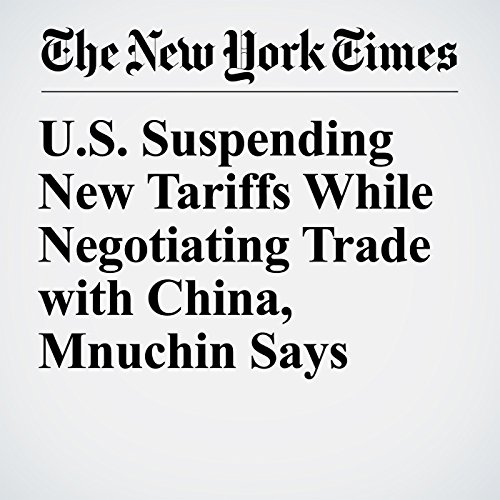 The United States has put on hold its plan to impose sweeping tariffs on Chinese products as it presses forward with negotiations to reduce its trade deficit with Beijing, a top priority of President Donald Trump.

"U.S. Suspending New Tariffs While Negotiating Trade with China, Mnuchin Says" is from the May 20, 2018 U.S. section of The New York Times. It was written by Alan Rappeport and Noah Weiland and narrated by Keith Sellon-Wright.