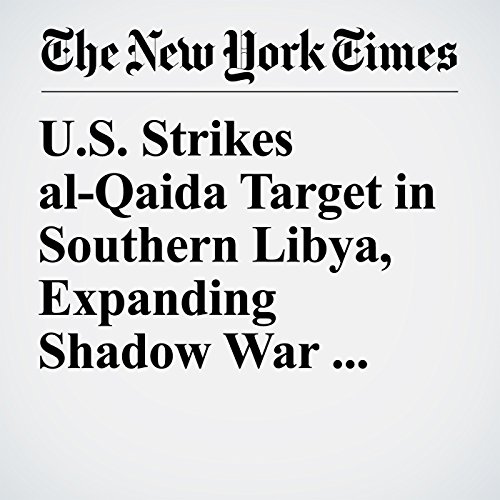 BENGHAZI, Libya — The U.S. military carried out its first ever drone strike against al-Qaida militants in southern Libya this weekend, signaling a possibly significant expansion of the American counterterrorism campaign in the North African nation.

"U.S. Strikes al-Qaida Target in Southern Libya, Expanding Shadow War There" is from the March 25, 2018 U.S. section of The New York Times. It was written by Declan Walsh and Eric Schmitt and narrated by Fleet Cooper.