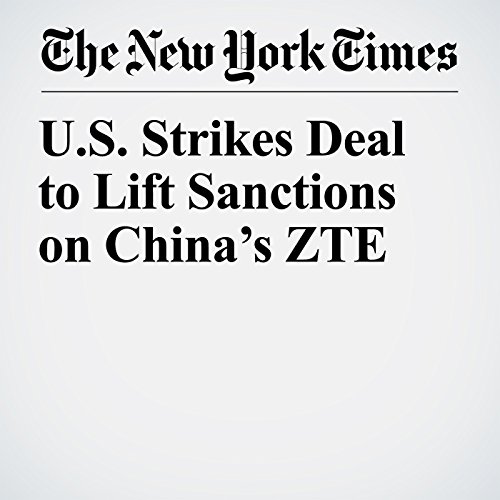 The United States announced a deal Thursday to lift tough U.S. sanctions on the Chinese telecommunications giant ZTE, a company that has been at the center of a dispute between China and the United States.

"U.S. Strikes Deal to Lift Sanctions on China’s ZTE" is from the June 07, 2018 U.S. section of The New York Times. It was written by Ana Swanson, Michael J. De La Merced and Prashant S. Rao and narrated by Kristi Burns.