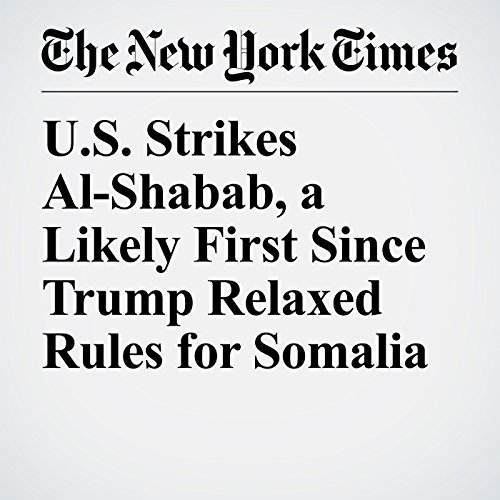 The U.S. military said Sunday that it had carried out a drone strike in southern Somalia against al-Shabab, the Qaida-linked insurgent group — apparently the first such strike since President Donald Trump relaxed targeting rules for counterterrorism operations in that country in March.

"U.S. Strikes Al-Shabab, a Likely First Since Trump Relaxed Rules for Somalia" is from the June 11, 2017 World section of The New York Times. It was written by Charlie Savage, Helene Cooper and Eric Schmitt and narrated by Kristi Burns.