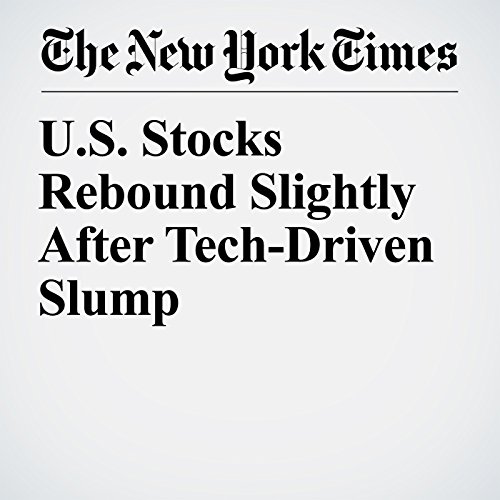 Stocks in the United States were up slightly Tuesday morning after a tough day on Wall Street had sent the S&P 500 down more than 10 percent from its recent peak.

"U.S. Stocks Rebound Slightly After Tech-Driven Slump" is from the April 03, 2018 U.S. section of The New York Times. It was written by Jack Ewing and Carlos Tejada and narrated by Keith Sellon-Wright.