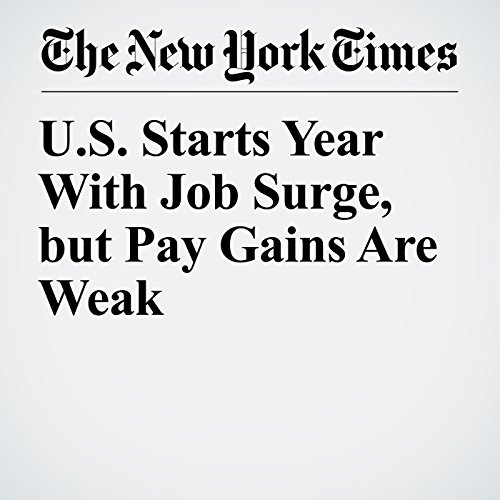 Employers added a healthy 227,000 workers to their payrolls in January, the government reported Friday. But despite a surge of local minimum-wage increases, average hourly earnings grew by only 0.1 percent.

"U.S. Starts Year With Job Surge, but Pay Gains Are Weak" is from the February 03, 2017 Business section of The New York Times. It was written by Patricia Cohen and narrated by Barbara Benjamin-Creel.