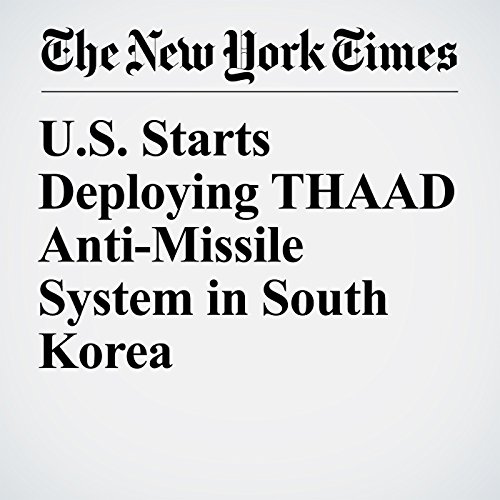 Alarmed about the threats from North Korea’s increasingly provocative behavior, the United States said Tuesday that it had started to deploy an anti-missile system in South Korea that China has angrily opposed as a threat to its security.

"U.S. Starts Deploying THAAD Anti-Missile System in South Korea" is from the March 07, 2017 World section of The New York Times. It was written by Gerry Mullany and narrated by Keith Sellon-Wright.