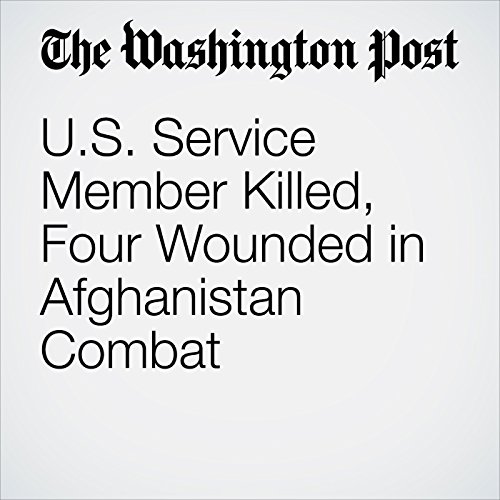 A U.S. service member was killed and four others were wounded Monday during an operation in a part of Afghanistan in which U.S. forces have been combating both the Islamic State and the Taliban, U.S. military officials said Tuesday.

"U.S. Service Member Killed, Four Wounded in Afghanistan Combat" is from the January 02, 2018 World section of The Washington Post. It was written by Dan Lamothe and narrated by Sam Scholl.