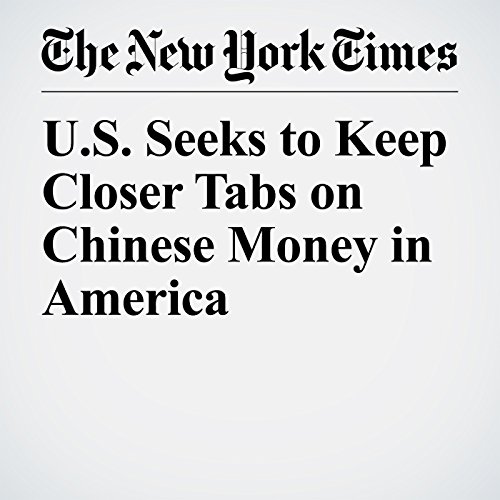 When President Donald Trump talked tough about China’s economic impact on the United States during the campaign, he criticized its trade policies and its approach to its currency.

"U.S. Seeks to Keep Closer Tabs on Chinese Money in America" is from the June 29, 2017 Business section of The New York Times. It was written by Paul Mozur and Cecilia Kang and narrated by Barbara Benjamin-Creel.