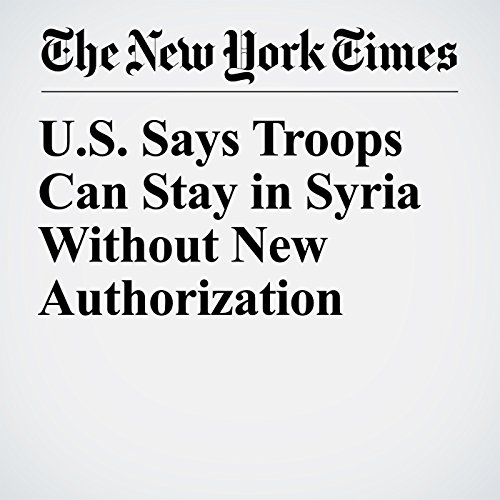 The Trump administration has decided that it needs no new legal authority from Congress to indefinitely keep U.S. military forces deployed in Syria and Iraq, even in territory that has been cleared of Islamic State fighters, according to Pentagon and State Department officials.

"U.S. Says Troops Can Stay in Syria Without New Authorization" is from the February 22, 2018 World section of The New York Times. It was written by Charlie Savag and narrated by Barbara Benjamin-Creel.