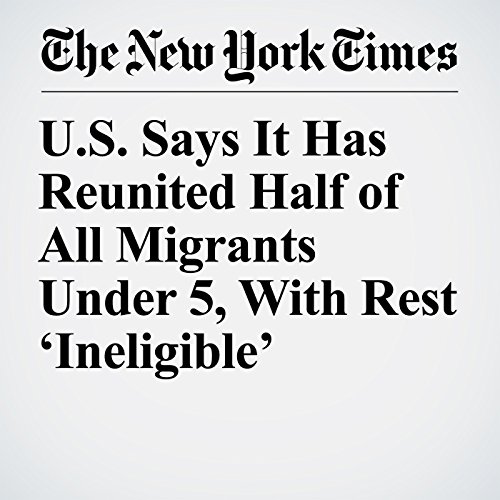 The Trump administration said Thursday that it had reunified all the migrant children under the age of 5 it determined were eligible to be returned to their parents, part of a court order to reunite the children who were separated from their families at the border.

"U.S. Says It Has Reunited Half of All Migrants Under 5, With Rest ‘Ineligible’" is from the July 12, 2018 U.S. section of The New York Times. It was written by Ron Nixon and Miriam Jordan and narrated by Keith Sellon-Wright.

Cosa pensano gli ascoltatori di U.S. Says It Has Reunited Half of All Migrants Under 5, With Rest ‘Ineligible’