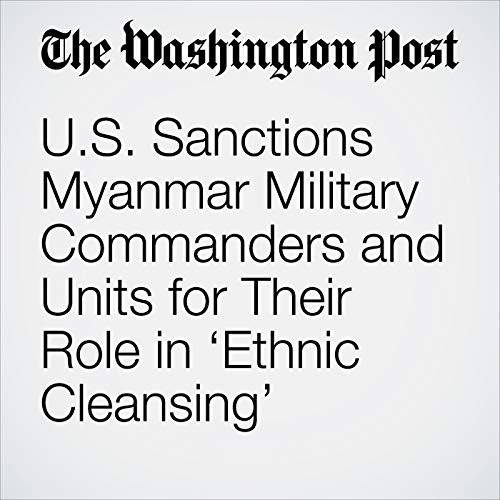 HONG KONG — The U.S. Treasury Department on Friday imposed sanctions on three Myanmar military commanders and a border guard police commander, along with two entire military units, for their involvement in “ethnic cleansing” against Rohingya Muslims in Rakhine state.

"U.S. Sanctions Myanmar Military Commanders and Units for Their Role in ‘Ethnic Cleansing’" is from the August 17, 2018 World section of The Washington Post. It was written by Shibani Mahtani and narrated by Caroline Miller.