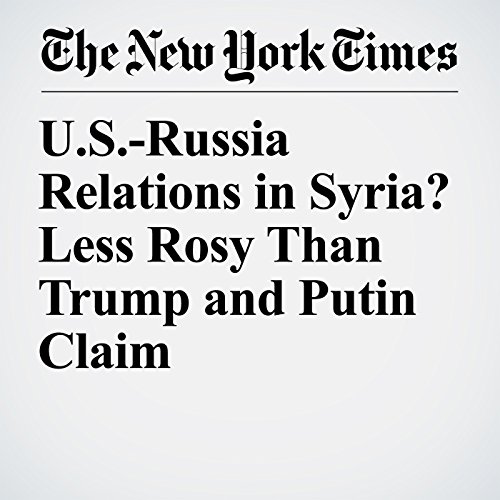 "U.S.-Russia Relations in Syria? Less Rosy Than Trump and Putin Claim" is from the July 17, 2018 World section of The New York Times. It was written by Eric Schmitt and Thomas Gibbons Neff and narrated by Keith Sellon-Wright.