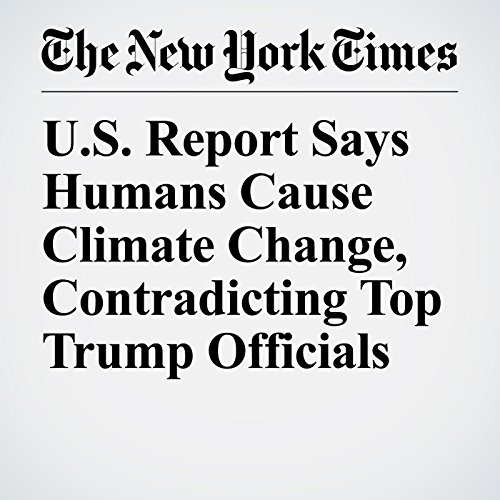 The Earth is experiencing the warmest period in the history of civilization and humans are the dominant cause of the temperature rise that has occurred since the start of the 20th century, according to an exhaustive scientific report unveiled Friday by 13 federal agencies. The report was approved by the White House, but it directly contradicts much of the Trump administration’s position on climate change.

"U.S. Report Says Humans Cause Climate Change, Contradicting Top Trump Officials" is from the November 03, 2017 U.S. section of The New York Times. It was written by Lisa Friedman and narrated by Mike DelGaudio.