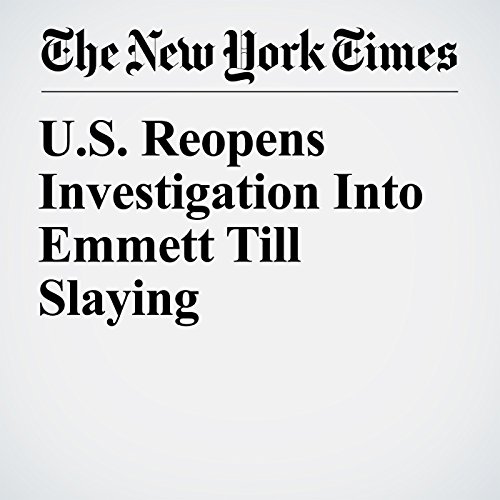 The federal government has quietly revived its investigation into the murder of Emmett Till, the 14-year-old African-American boy whose abduction and killing in 1955 remains among the starkest and most searing examples of racial violence in the South.

"U.S. Reopens Investigation Into Emmett Till Slaying" is from the July 12, 2018 U.S. section of The New York Times. It was written by Alan Blinder and narrated by Keith Sellon-Wright.