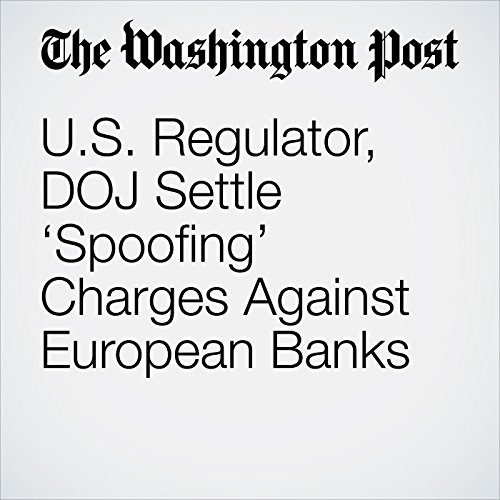 U.S. prosecutors on Monday announced that they had settled charges against three European banking giants, HSBC, UBS and Deutsche Bank, for manipulating the markets for precious metals, including gold and silver, and filed charges against eight people, including some of their former traders.

"U.S. Regulator, DOJ Settle ‘Spoofing’ Charges Against European Banks" is from the January 29, 2018 Business section of The Washington Post. It was written by Renae Merle and narrated by Sam Scholl.