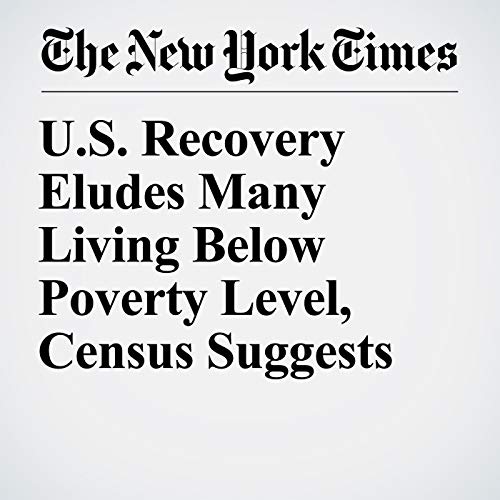 In July, President Donald Trump’s Council of Economic Advisers declared that the country’s five-decade war on poverty was largely over and called it a success.

"U.S. Recovery Eludes Many Living Below Poverty Level, Census Suggests" is from the September 13, 2018 U.S. section of The New York Times. It was written by Glenn Thrush and narrated by Keith Sellon-Wright.