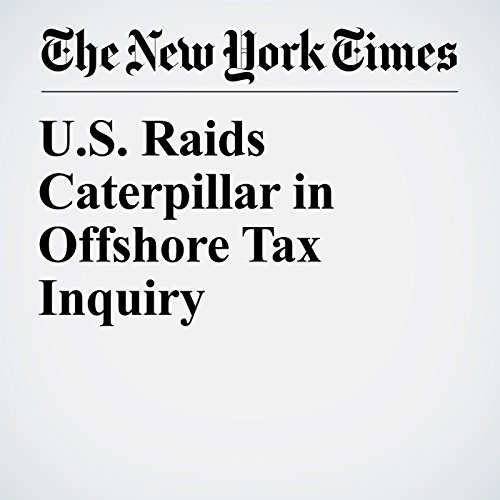 Caterpillar Has Been Dogged by Accusations That It Slashed Its Domestic Tax Bill by Shifting Corporate Profits From the United States to a Subsidiary in Switzerland. A 2014 Congressional Investigation Concluded That a Scheme to Move Cash Between the Company’s U.S. And Foreign Subsidiaries Cut Its Tax Bill in the United States by $2.4 Billion Over 13 Years.

"U.S. Raids Caterpillar in Offshore Tax Inquiry" is from the March 02, 2017 Business section of The New York Times. It was written by Hiroko Tabuchi and narrated by Kristi Burns.