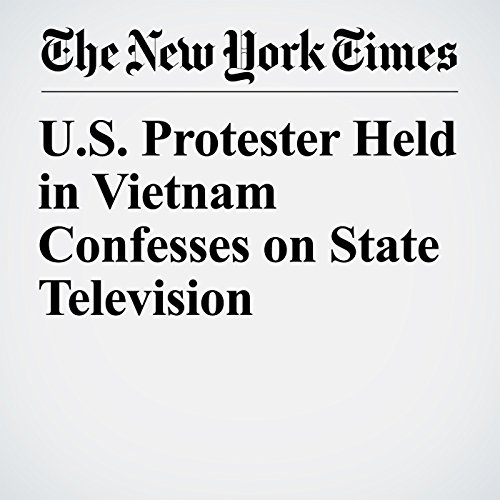 An American citizen who was arrested at a peaceful demonstration in Vietnam this month said on state television that he regretted breaking the law and that he would not join such protests again.

"U.S. Protester Held in Vietnam Confesses on State Television" is from the June 19, 2018 World section of The New York Times. It was written by Richard C. Paddock and narrated by Kristi Burns.