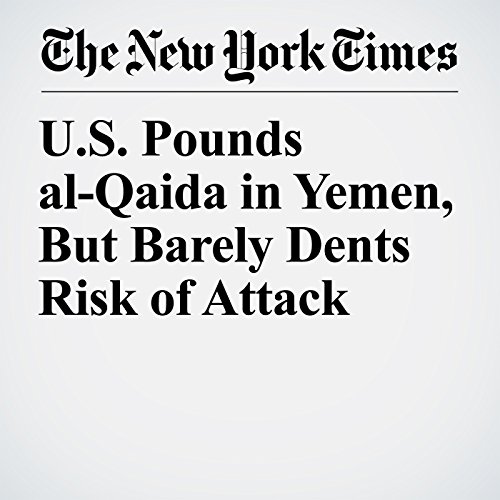 MANAMA, Bahrain — The United States has tripled the number of airstrikes this year against al-Qaida’s branch in Yemen, one of the deadliest and most sophisticated terrorist organizations in the world. U.S. allies have pushed the militants from their lucrative coastal strongholds. And the Pentagon recently boasted of killing key Qaida leaders and disrupting the group’s operations.

"U.S. Pounds al-Qaida in Yemen, But Barely Dents Risk of Attack" is from the December 30, 2017 World section of The New York Times. It was written by Eric Schmitt and Saeed Al Batati and narrated by Barbara Benjamin-Creel.