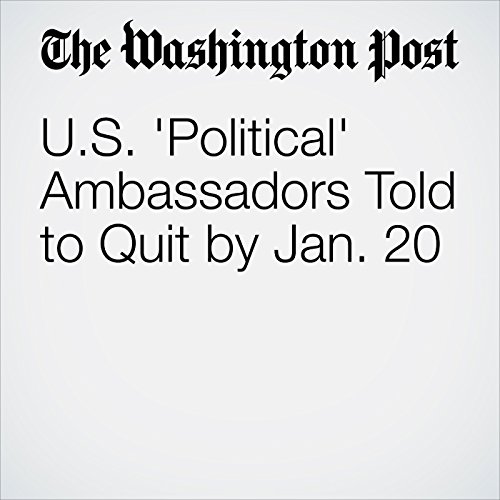 The unusually stern and specific directive to “political” ambassadors — often presidential donors and friends — came at the behest of the incoming Trump administration, two officials said. It appears to forbid any extensions for family circumstances such as allowing children to finish the school year, a customary allowance in past administrations.

"U.S. 'Political' Ambassadors Told to Quit by Jan. 20" is from the January 05, 2016 National section of The Washington Post. It was written by Anne Gearan and Carol Morello and narrated by Jenny Hoops.