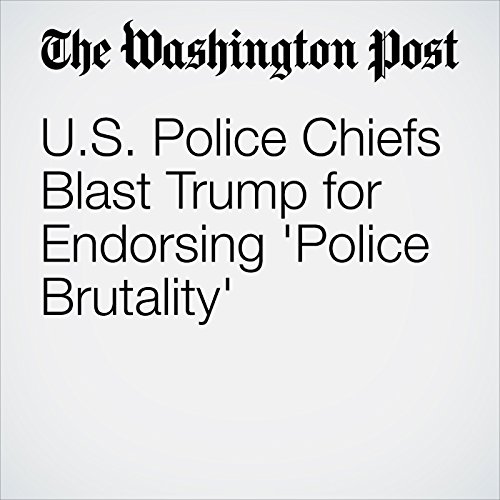 Police leaders across the country moved quickly to distance themselves from — or to outright condemn — President Trump’s statements about “roughing up” people who’ve been arrested.

"U.S. Police Chiefs Blast Trump for Endorsing 'Police Brutality'" is from the July 29, 2017 Post Nation section of The Washington Post. It was written by Peter Holley and narrated by Sam Scholl.